For the first time since the pandemic hit in 2020, Special Olympics Yukon hosted their annual invitational soccer tournament at the Canada Games Centre in Whitehorse. The teams in attendance were: Yukon Northwestel Charging Moose, Abbotsford Thunder, Nanaimo United, Quesnet Fury, and our local Coquitlam Vipers.

Coquitlam Vipers Head Coach, Wes Sim, a longtime CMFSC member and referee, led the team to 6 undefeated games over the weekend, taking home the gold! In a show of positive sportsmanship, each game, the Vipers selected an opponent MVP and presented the individual with a team signed jersey.

One of Yukon's players, Edward Kaye, was selected and had to say, "It touched my heart. I didn't even know my name was going to be called. I thought it was going to be one of the other players."

Congratulations to the Vipers and all the teams that participated.

Coquitlam Metro-Ford Soccer Club was so pleased to be able to support the Vipers by sponsoring the team and providing the pink jerseys worn by the team and distributed to the opponent MVP's.

For more information about the event, please visit the website: https://www.cbc.ca/news/canada/north/special-olympics-yukon-2022-1.6447022 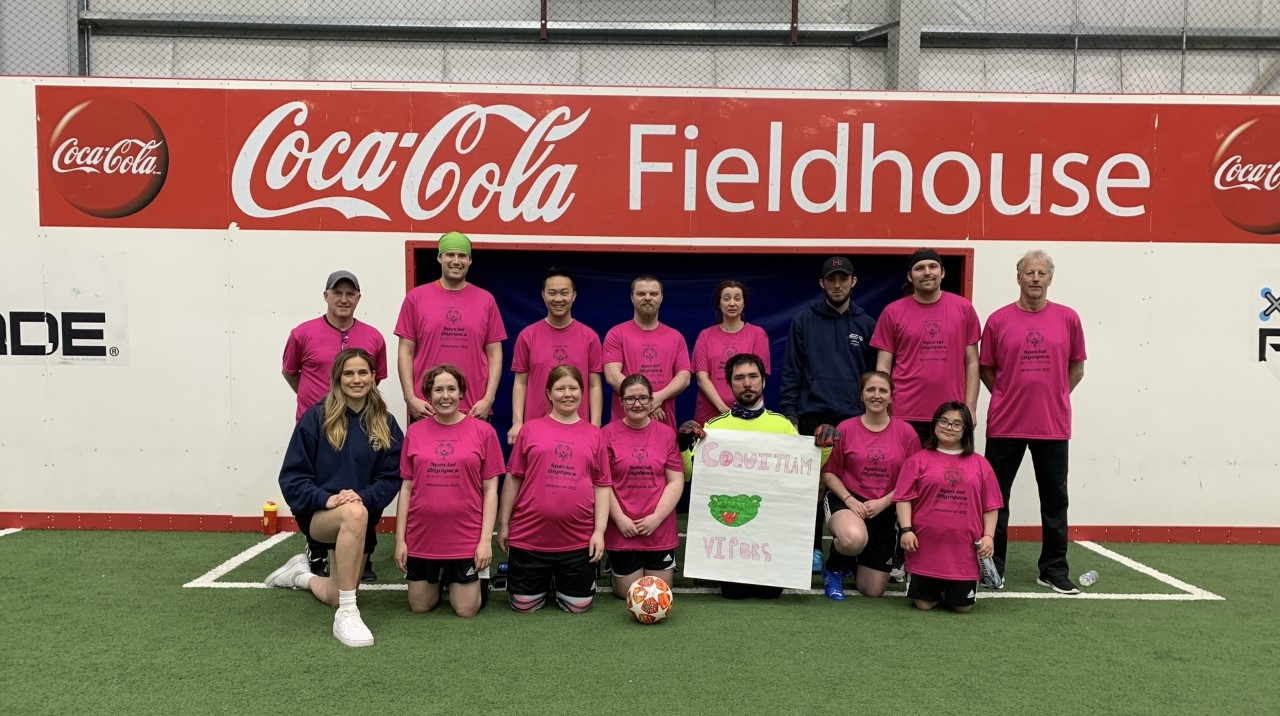