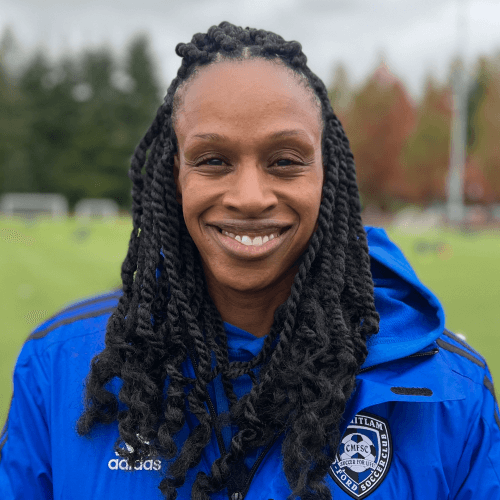 Phebe is a member of Coquitlam Metro-Ford Soccer Club's Premier Women's team and has strong ties with Coquitlam Metro-Ford Soccer Club. Phebe has had a very long and successful playing career starting with Coquitlam City Soccer, the club that she played for as a youth player. Phebe then went on to play at Simon Fraser University where she was a two time All-American and the Vancouver Whitecaps Women's team where she was the league MVP in 2003. She also won a National Championship with both SFU and the Vancouver Whitecaps. Phebe is entering her 5th season as the Head Coach of our Initiation Program and holds a B-Prep Coaching License.\