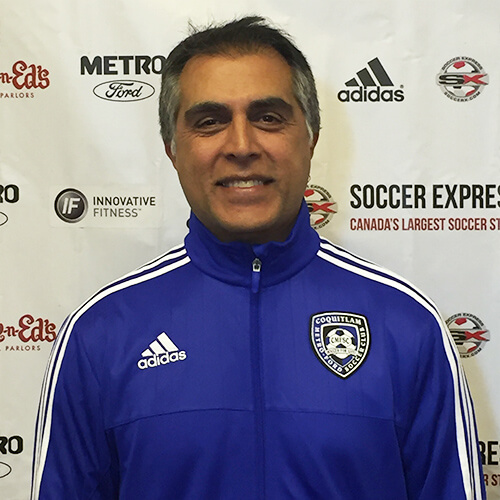 Karim has coached with CMFSC since 2008 and has lead his select teams to league titles 2 of the past 3 seasons. Karim grew up playing club soccer on the North Shore in the Premier Division and also played District and Provincial Selects. Post Secondary he played for Capilano University and in the Pacific Coast League.