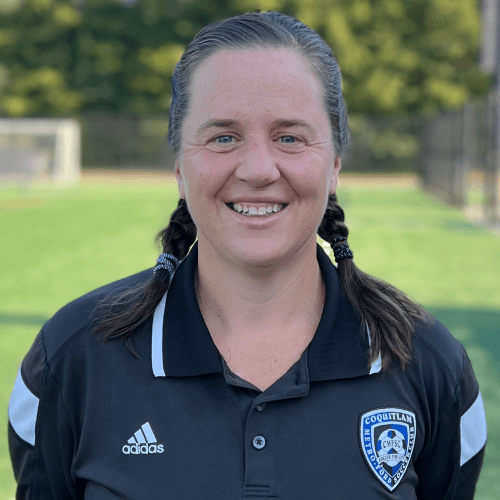 Andrea is a member of Coquitlam Metro-Ford Soccer Club's Premier Classics Women's team and has strong ties with Coquitlam Metro-Ford Soccer Club as a volunteer coach for various Metro Girls Teams, and currently coaches her daughters' minis age groups. Andrea's career began as a Provincial team member from Under 14 through to Under 20 with two National Championship wins. From there she went on to play varsity soccer at Simon Fraser University and then down south for Jacksonville State University. She also played in the W-League for the Fort Collins Force. She currently plays with the CMFSC Women's Premier Classics team that has won Gold at Provincials for the past three seasons and has won a Gold and Silver Medal at the Nationals with the Women's Classics team.