On Saturday, April 2nd, 2022 at Burnaby Lake, the Vancouver Metro Soccer League (‘VMSL’) presented the newly named William Azzi Cup to the Premier League Champions in recognition of William Azzi’s immeasurable contributions to soccer in BC. Aside from his long history with the VMSL and BC Soccer, Mr. Azzi was integral in the formation and success of Metro-Ford in the 1980’s. Under Mr. Azzi's guidance, Metro-Ford became a dominating force on both the youth and senior soccer levels, resulting in 26 provincial and four national championships. He laid the foundation for our programs today and inspired former players that are now in leadership roles. He continues to be greatly respected and considered an esteemed member of CMFSC today.
We are proud to see Mr. Azzi’s legacy of dedication, service, and vision, honoured by the VMSL and can be felt across the entire soccer community.

Photos courtesy of the VMSL. 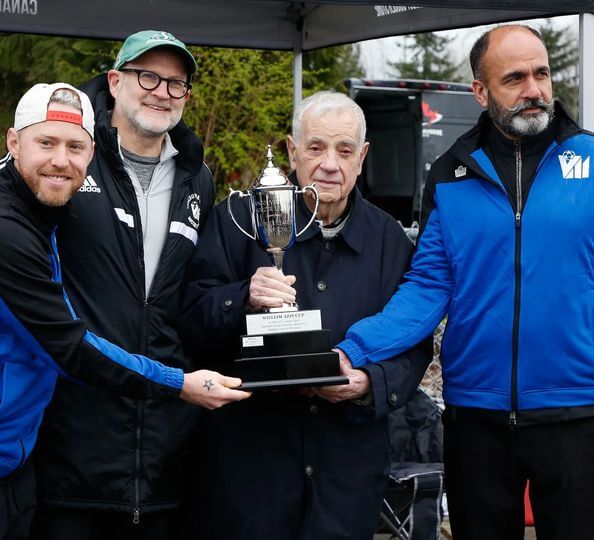 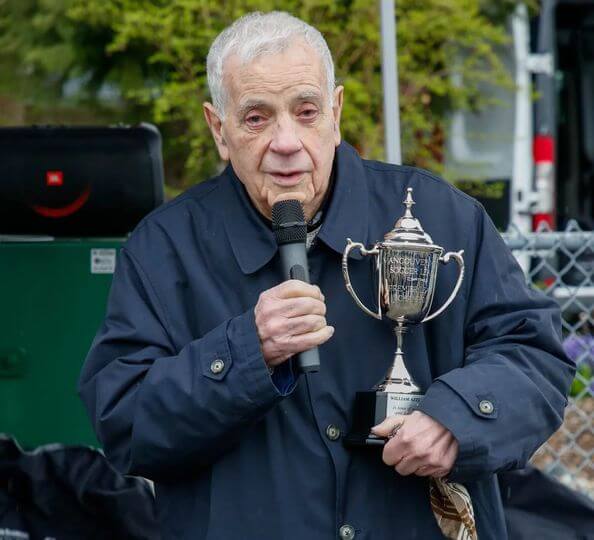